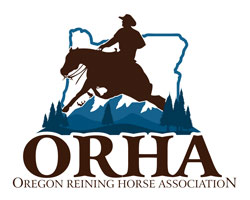 The ORHA awards either Bob’s Custom Saddles Trophy Saddles or beautiful Gist buckles to the year end Champion in each ORHA class, embroidered vests or jackets to the reserve champion and other great awards through fifth place.

For 2020 there are year Champion trophy saddles in the following classes: ORHA Non Pro, ORHA Prime Time Non Pro, ORHA Rookie, and ORHA Non Pro Ranch Riding. There is also a year end trophy saddle in the ORHA 18 & Under Division (see details below). Saddles will be awarded at the 2020 ORHA Awards Banquet and not before.

No year end awards are given in the following classes: Ladies, Gents, Mares, Stallions & Geldings, and Youth 10 & Under Walk Trot Reining or Ranch Riding.

To be eligible for ORHA year end awards you must meet the following criteria:

For points to count toward year-end awards you must enter the horse, rider and owner with the same name as appears on your membership / nomination form.

Points are awarded based on actual scores received in each class, i.e. if the top 3 horses in a class mark a 72, 71, and a 70, first place will be awarded 72 points, 2nd – 71 points, 3rd – 70 points, etc. Horses with no points do not qualify for year end awards. In the event that the class is double judged the score will be divided in half. In calculating the final year end award standings for each eligible class, the two lowest scores will be dropped from the calculation. In the event that the two lowest scores are no-shows or zeros then two zeroes or no-shows will be the dropped scores.

Let it be known that in the case of discrepancies or disputes, the ORHA will follow the rules as set forth in the NRHA rulebook and reserves the right to interpret the rules therein. The judge’s decision on scoring of runs and checking of bits will be final. Interpretation of other rules is the discretion of the ORHA Show management. NRHA rules will be followed within the ability and the practicality of the rules as they relate to our organization, with the exception of when ORHA guidelines differ.